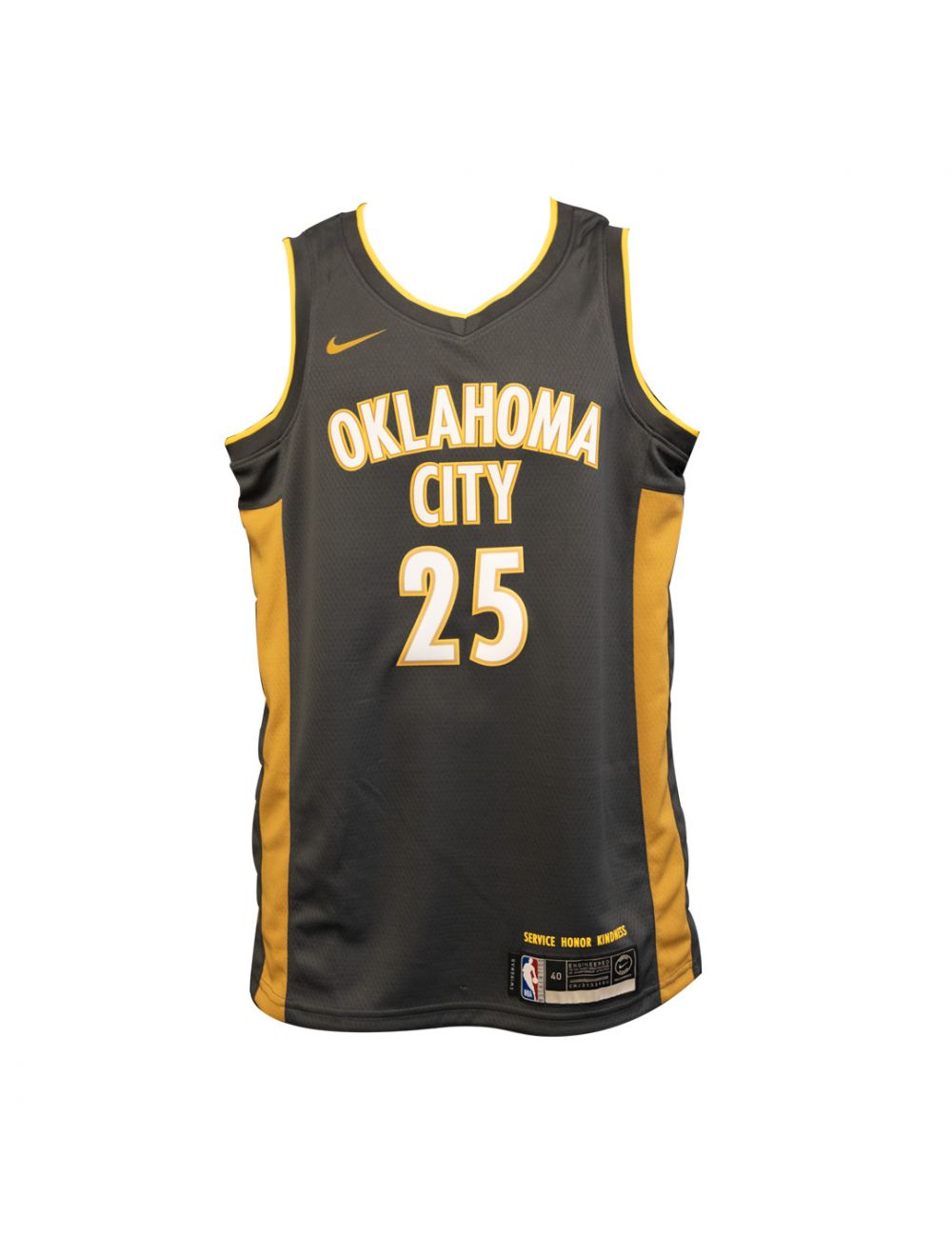 As low as $120.95
Availability: In stock
SKU
11040
Notify me when the price drops
Add to Wish List Add to Compare
Details
During the 25th anniversary of the Alfred P. Murrah Federal Building bombing and in remembrance of those who were killed, those who survived and those changed forever, the Oklahoma City Thunder partnered with the Oklahoma City National Memorial & Museum in creating the 2019-2020 City Edition Thunder uniform. This uniform honors the 168 victims, the survivors and the brave first responders and the resilience of Oklahoma City.
The 2019-2020 City Edition uniform was worn numerous times during the season and was seen by the Thunder's global audience. It is symbolic of an important long-standing partnership between the team and the Memorial. As part of their introduction to Oklahoma City, Thunder players tour this sacred sit and able to personally understand the impact of the bombing on the city and the powerful and inspiring response of the community, known as the Oklahoma Standard.
Material: 100% Recycled Polester
DRI-FIT technology